Dorothy Parker, an American poet and political activist, died in 1967, leaving her estate to Martin Luther King, Jr., a man she admired but had never met. When King was assassinated less than a year later, Parker’s Will bequeathed her estate to the NAACP. View image | gettyimages.com Parker’s Will named Lillian Hellman as her… END_OF_DOCUMENT_TOKEN_TO_BE_REPLACED 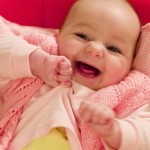 Are you lying awake at night worrying because you just had a baby but haven’t made a will or trust yet…or because it’s been ten years since you had that baby and you still haven’t found the time to make your will? Concerned about the sister-in-law who can barely parent her own children but who… END_OF_DOCUMENT_TOKEN_TO_BE_REPLACED

As a recent article points out, putting together an estate plan is one of the most important things a parent can do for his or her children. Parents must plan for the fact that they will not be around forever and ensure that their children will be properly cared for should the unexpected occur. One… END_OF_DOCUMENT_TOKEN_TO_BE_REPLACED